23 AugTwo Years and Too Fast

For the majority of bond managers, the most difficult environment to navigate is a market where rates rise significantly and rapidly with very little in the means of coupon payment to offset the negative impact of raising rates.

The past two years have been just that — a bond manager’s worst nightmare — a doubling of interest rates with an extremely low coupon at the onset. 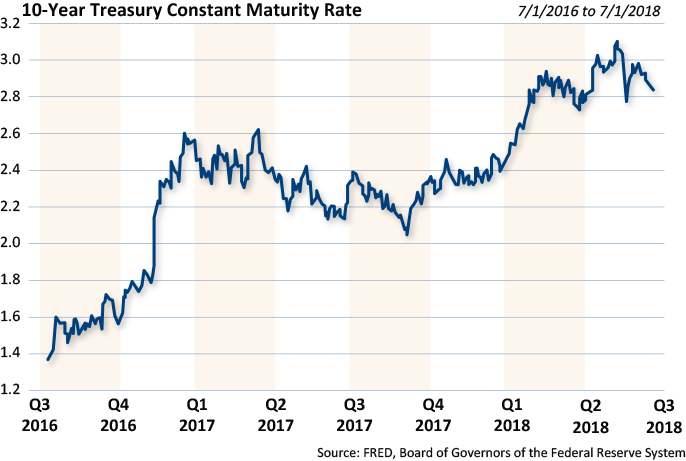 Since the inception of the Bloomberg Barclays Aggregate Bond Index on 1/1/1976, there have only been three calendar years with negative returns — 1994, 1999, and 2013. The worst of these years was 1994, a year in which the Fed raised the target on the Fed Funds rate six times for a total increase of 2.5%. Even in this environment, the Index was only down 2.92%.

What many investors don’t take into consideration is that, even in difficult bond markets, bonds have historically not experienced the dramatic declines typical of an equity bear market. Stocks simply have greater volatility than bonds.

Since the inception of the Bloomberg Barclays Aggregate Bond Index, there have only been three calendar years with negative returns. 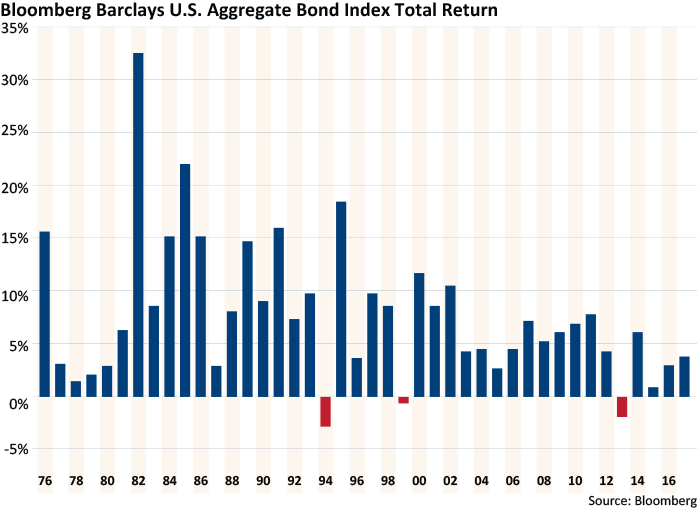 What’s surprising to many, is that the Index had positive returns throughout the last half of the 1970s, a period when the yield on the 10-year Treasury went from 7.77% to 15.84%. The coupon rate during that period was high enough to offset the principal decline associated with the increase in rates.

Not All Asset Classes React The Same to Rising Rates

Many investors ask, “Isn’t it difficult to make money in any asset class when interest rates are rising?” The answer is that not all asset classes react the same to rising rates. Over the past two years, equities have performed well, as have bonds that are more influenced by credit rather than interest rate risk.

For example, high yield bonds were up 7.54% per year while treasuries, which are only influenced by changes in interest rates, were down 1.49% per year.

We believe the best way to navigate these challenging markets is to take an active and tactical approach. Putting all of this together, we currently favor credit over interest rate risk and believe that these conditions should support a stable or narrowing credit spread and help corporates outperform treasuries.

With interest rates doubling from a very low standing point, we believe the biggest challenges facing bonds are behind us.